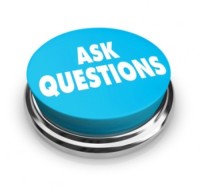 Welcome to our Colloidal Silver Fact Sheet, aka, our FAQ's!

We hope these questions and answers will assist you but if not, please use the form at the bottom of the page to submit your question?  Thanks!

What does "Colloidal Silver Hydrosol" mean?

A colloid means that one thing is mixed into something else.  In this case silver ions are dissolved into pure distilled/deionized water.

Silver is obvious but did you know that silver is the commodity with the SECOND most uses of any?  Over 10,000, many of which are in the medical, health, agriculture fields where silver is used for it's anti-bacterial, anti-fungal and anti-viral properties.

Why is your Colloidal Silver Hydrosol only 10ppm?

Ionic Colloidal Silver Hydrosol, at just 10PPM has more ions per teaspoon then you have body cells!  Over 100 TRILLION!

But if you're talking about poor product, with larger particles, you have a different story! Since the volume of a sphere is Pi x Diameter cubed/4, a colloidal particle of 100 nanometers (40 millionths of an inch), the largest allowed in a colloid, would need nearly 45 million ions or atoms to make it! Wouldn't you rather fight an army of pathogens with 45 million arrows rather then just one canon ball!

Silver protein, once the preferred silver ion delivery method, can be of very high parts per million count but unfortunately the protein surrounds the silver ion and thus allows mold growth on the protein surface - rather annoying to have your medicine grow what you may be trying to kill!

The concentration of ionic silver is limited by the solubility of water, but with 100 trillion ions per teaspoon, the potency is more than adequate, it's exceptional!

How pure is the silver that you make the ionic colloidal silver with?

Competitors that try to steer customers away from pure ionic products use this argument but the fact is that digestions and absorption starts in the mouth!  The popular theory that orally taken silver ions reach the stomach and complex with your stomach acid to form useless silver chloride is just plain not true!

In order to move mineral ions about your body, for delivery to the area where needed, your body uses proteins to envelope the ions and render them inactive, until they are delivered to the cell or area needing them.  That's why in the past the preferred form of colloidal silver was one already bound by protective proteins.  Later it was found the body did this for us.

Numerous essential biological functions require metal ions, and most of these metal ion functions involve metalloproteins. One-third of all proteins are "metalloproteins", chemical combinations of protein atoms (carbon, nitrogen, oxygen, hydrogen, sulfur) with ions of metals such as iron, calcium, copper, zinc, etc. Hemoglobin, for example, that carries oxygen in the bloodstream, is an iron-containing metalloprotein.

If this were not the case, few minerals would remain useable by your body, including essentials like calcium, iron, etc. as they would join other free ions and in many cases make insoluable salts (no bio-availability).

Your saliva has over 200 different proteins and thus they can capture metallic ions before they get near the stomach acid!  Also, silver ions are so small they can be absorbed sublingually, thru your skin, to directly enter the blood stream, with the help of proteins.

THIS IS WHY it's recommended that we thoroughly chew our food before swallowing as it gives the proteins a chance to isolate the nutrients so they can be absorbed and used for our health!

Why don't you use colored and/or glass bottles?

Colored bottles are needed for poor quality colloidal silver made mostly of silver salts.  They are photosensitive just like photographic film!

Colored bottles are also good at hiding debris like crystals that have no use in the body.

We only use food grade clear plastic bottles similar to the plastic in milk or water jugs.  It's one of the few plastics without a plasticizer to leach out.

Glass is actually the wrong material for colloidal silver because it is a CRYSTALLINE MATERIAL that provides "nucleation" sites for silver to grow into crystals themselves!

So the longest shelf life by far is with food grade plastic bottles.

We use clear plastic so you can see the purity of our product.  We refuse to use anything to add color and only pure colloidal silvers are clear.  If it has color, the product either is artificially colored, or has particles vs. ions, or has silver salts.

Since it's silver ions that make the "magic" happen, we are left hoping non-ionic products will release ions.  Why hope when it's possible to make pure ionic colloidal silver.  1,000 trillion ions per tablespoon.

Does ionic silver stay in the body long?

In it's preferred high bio-availability form, ionic, it is said to be filtered out of the blood in about two hours and within 24 hours, up to 98% is eliminated through the gut.

The ions are captured by metallaproteins and delivered intact to where they are needed in the body.  Being 400 times smaller then a red blood cell, they easily pass through cell walls and can be carried away by the lymphatic system.

Poor product (silver salts or crystals) may be retained for years!  PPM means parts by weight so it is a poor measure of what you have - one big lump or trillions of ions!

Your body can not process larger particles and either discharges them without any gain or absorbs them and then stores them in your tissue, if they can not be removed by the lymphatic system.

The EPA says you can drink 7 tablespoons per day (3.5 ounces) of 5 PPM Colloidal Silver for 70 years with no sign of risk, for the sensitive person!

Does it help to filter colloidal silver hydrosol?

Not at all, in fact, it will ruin the solution.  The silver ions will react to any dissolved material from the filter, rendering the colloidal silver hydrosol weak or useless.

Most filters have clay binders or acid residue from bleach unless they are research grade filters.

We only use 99.9% pure silver dissolved into distilled/deionized water resulting in a clear clean product for your enjoyment!

Do the ions ever clump together?

ONLY if there are too many, if the parts-per-million count is too high.  Our product is almost 10ppm and ions clumping together from oversaturation may happen in solutions that are 14-20ppm.

You will see competing product advertising enormous ppm's but that includes all forms of silver in there water including particles, salts, crystals and ions.   Since it's the ions that do the work, anything non-ionic likely has little positive effect in the body except for the random ions that get released.

Since technology exists to have a pure ionic product, it's no longer necessary to have non-ionic forms of silver present.

Our product is just under 10ppm of pure ionic silver content which equals over 100 TRILLION ions per teaspoon.

Here’s an interesting story about the hidden past of colloidal silver in Europe:

“During the 1950’s the proliferation of Nazi technology in chemical and biological warfare had spread like wildfire around the world. …

“There is little defense against this kind of attack, and what few antidotes exist are withheld from the public as military secrets. One of the best examples of this is Movidyn, a substance that the Soviets discovered in their satellite state of Czechoslovakia way back in the 1950s. Movidyn is a form of colloidal silver.

“To the astonishment of the Soviet military, Movidyn also disinfected every germ warfare bacteria in the Soviet arsenal, even the newest designer poisons. In other words, Movidyn was too good. … To this day, the Movidyn formula seems to have been suppressed from the world, …”